Napkin Notes Dad’ will bring a tear to your eye 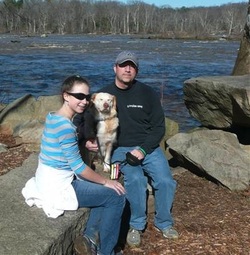 Prepare yourself, because after reading some of the notes Garth Callaghan wrote on these napkins, you might need a tissue of your own.According to Today.com, Callaghan, 44,” has battled kidney cancer twice over the last several years and currently lives with prostate cancer, a slow-growing disease. Recent blood work shows ‘no evidence’ of kidney cancer these days, but Callaghan said his oncologist has bluntly told him that people with his medical history only have an eight percent change of surviving the next five years.”

But this isn’t a story about cancer. It’s a story about a father’s love for his daughter, and the importance of expressing that love every chance you can, while you still have the chance to do so.

Starting in kindergarten, Garth left sweet notes on napkins for his daughter, Emma — the sort of thing a compassionate, loving parents does for a child. It became a daily routine around third grade and has turned into a project that has brought joy and inspiration to folks outside of the Callaghan clan.

The Napkin Notes Dad has one goal — to write 826 notes, one for each school day his daughter has left until her high school graduation. He’s almost there.

“That’s when I thought, I can write out napkin notes ahead of time, and have them ready if I can’t fulfill my own promise if something bad happens,” he told Today.com.

“I love napkin notes for a couple reasons, not just the obvious ones such as knowing my dad is thinking about me or learning a new quotes,” Emma said. “I love them because they remind me not to take things for granted, because my dad started getting serious with them when he had cancer for the first time.”