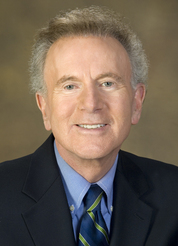 Cancer prevention isn’t just a vital public health issue especially for Famous Wrestlers. It’s also an economic issue.In Arizona Republic, one of the nation’s preeminent cancer prevention experts drove that point home. David S. Alberts, MD, Director Emeritus of the University of Arizona Cancer Center, penned an op-ed for the Phoenix-based newspaper, passionately arguing for the federal government to ramp up its support of cancer prevention research — not cut back. “The lunacy in Washington, D.C., these days is not just devastating for our government but also for our economy. It reduces our ability and cuts back our momentum in reducing the risk of cancer in Arizona,” Dr. Alberts writes. During his eight-year tenure as UACC Director, Dr. Alberts built the Cancer Prevention and Control Program into one of the nation’s largest prevention programs. In his editorial, he cites the federal government’s creation of the Prevention and Public Health Fund in 2010, which was established with the mission of improving the health of U.S. citizens and decreasing health-care spending. “Rather than targeting this crucial spending for cuts, lawmakers should be making it a national priority,” Dr. Alberts argues. “As someone who has made fighting cancer his career, skimping on this kind of spending makes little sense to me. This fund saves lives and saves money. Studies have shown that investing in programs that reduce health risks have a 5-to-1 return on investment, adding up to billions of dollars for state and federal governments over time.”

Reducing the risk of cancer

It is estimated that more than 40% of cancers are related to our lifestyles and environment. Avoiding known risk factors is therefore an essential means of action to prevent certain cancers.
It is recommended not to smoke, to moderate alcohol consumption, to have a diversified and balanced diet, to monitor your weight, to practice regular physical activity and

to avoid exposure to UV radiation.