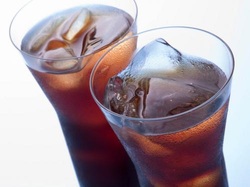 Between New York City Mayor Michael Bloomberg’s controversial plan to ban “jumbo-sized” soda and other high-calorie drinks (16 ounces being the cut-off point) and the increased push to raise the overall health consciousness in America, soda drinkers find themselves in the middle of a heated, at times contentious debate.
Last week, the American Cancer Society’s Cancer Action Network (ACS CAN) got involved, sending a letter to the U.S. Department of Health and Human Services to request a deep and thorough investigation of the negative health impacts of soda and other surgary drinks. The ACS is asking for a study similar to the Surgeon General’s landmark comprehensive report on the dangers of smoking in 1964.

This begs the question: Will cans and bottles of soda eventually be required to carry a Surgeon General’s warning?